At long last, Lacuna is out now on Steam and GOG! We can hardly believe it ourselves. Thank you all so much for your support thus far, and for patiently awaiting the game's release. Check it out: 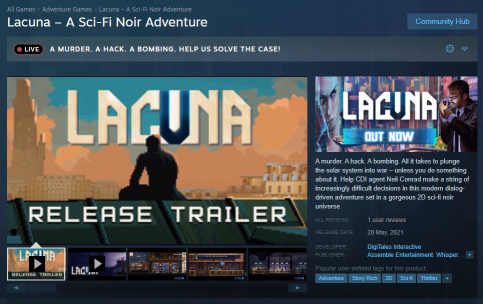 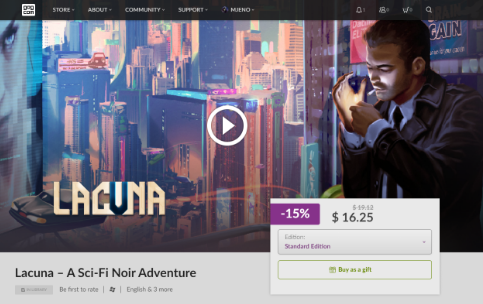 If you want to support us, please consider recommending the game to your friends and leaving a positive review. If you're on the fence about getting it, remember that there's an hour-long free demo both on Steam and GOG.

You know us, we have a new trailer for every occasion, and the release is no different!

The game actually came out over two days ago, but there was so much going on since release that I didn't have time to post the news sooner. It's sitting at 96 Steam reviews already, 96% of which are positive. On its first day alone, the game sold a four-digit amount of copies and had over 5.000 viewers on Twitch. Needless to say, we are extremely happy about this very favorable reception.

We are also really, really exhausted. The weeks leading up to the release were very stressful, and we're only slowly recovering. We'll be around for a few more days to monitor the forums and release patches if needed, then we're going on vacation for a bit. We'll be back in mid to late June!