In case you are new here: We are German indie studio DigiTales Interactive, developers of critically acclaimed sci-fi noir adventure Lacuna. Today, we'd like to introduce you to our upcoming second title, Between Horizons, that's coming to PC and consoles in 2023, once again in cooperation with our publisher Assemble Entertainment! 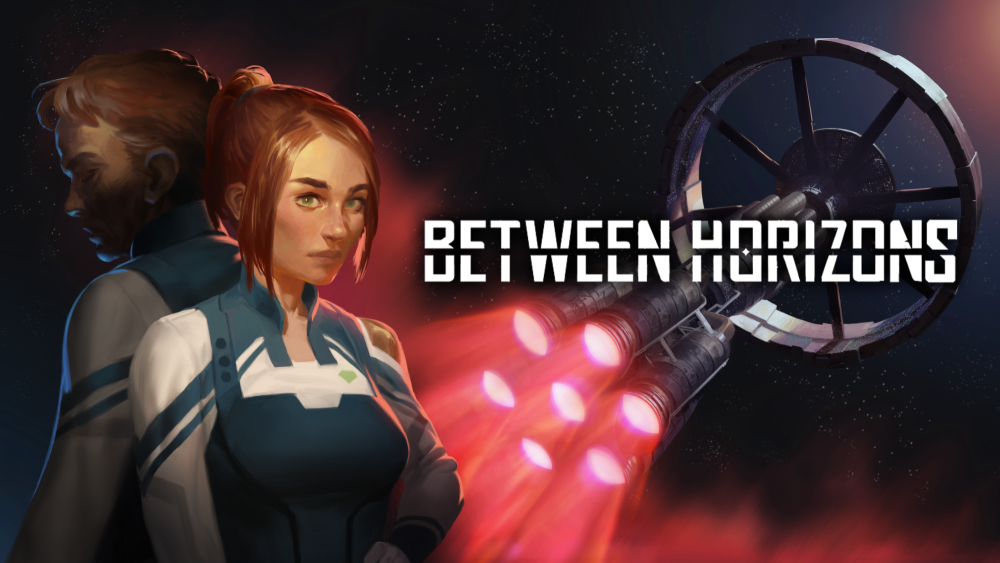 Between Horizons is a story-driven detective game set aboard the semi-open world of a generation ship en route to another star. You assume the role of Stella, the ship's young Chief of Security, who is faced with multiple problems threatening to jeopardize the mission. You will have to make some tough moral choices and think hard to unravel the complex conspiracies on the ship if you want things to end well for Stella and the mission. That's right: Just like in Lacuna, the story branches and ends based on your decisions and performance as an investigator.

The gameplay will feel familiar to fans of our first title: direct platformer-style controls, non-repeating branching dialogs, automatic saving (no going back!), collecting clues, submitting solutions to cases. However, we made some major improvements to the formula! In the next few paragraphs, we'd like to provide insights into our thinking behind some aspects of Between Horizons. If you want more marketing speak instead (and of course add the game to your wishlist ❤️), just check out its store page!

At its very core, Between Horizons is a detective game. We learned a lot about investigation mechanics while working on Lacuna, and we kept around some of the things that worked well:

Good detective games usually give the player a great amount of freedom to come up with the solution on their own. Hence, after a lot of trials and discussions, we landed on some improvements to the formula that aim to maximize player agency:

Finally, Between Horizons is also very focused on its story, characters, and dialogs.

The idea for its premise originated back in 2020. We wanted to explore the concept of one generation setting out to do something and the next generation being presented with the consequences of that (unfinished) journey. We believe it's a relatable topic to many people especially nowadays, with the younger generation inheriting a host of different crises. The responsibility generations bear for one another is a complex and nuanced problem for which we believe to have found the perfect setting.

We can't wait to show you more of the game over the coming months. For now, we hope that you like what you see and that you enjoyed this little write-up of our thoughts behind the game. Follow us on Steam for more updates and most importantly, add Between Horizons to your wishlist! Both would help us out a great deal.

Thanks a lot for reading, have a nice week!

Much love, The DigiTales team